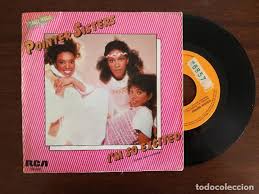 When the Cardinals went to Chicago this weekend, I have to admit I was a bit nervous. The Cards had only won one game all season at Wrigley.  The best we could hope for was a split.

However, this was an exciting series from the first game to the last game, although the Sunday game was sort of boring until the top of the ninth inning, probably because there was limited scoring.  None of the games were blowouts – in fact, the Cards won all four games by only one run.  The Thursday night game went into extra innings, thanks to Carlos Martinez, but Matt Carpenter saved the day by hitting a home run in the top of the tenth inning.  Sadly, Carpenter was in the game because Kolten Wong injured his left hamstring running to first base.  When bad things happen, the other players take up the slack and get things done.  That’s the way it’s supposed to be.  Kolten has a Grade 2 strain of his left hamstring and he hopes to be able to play in the Cubs series this weekend at Busch Stadium.

The Saturday afternoon game itself was so exciting, with the lead going back and forth, that I thought I might have a heart attack.  The two home runs in the top of the ninth by Yadier Molina and Paul DeJong (who hit it out of the park onto Waverly Avenue) were so exciting, my son and I screamed like we were at the ballpark.  Twitter was on fire this weekend, with Cards fans and Cubs fans going back and forth at each other.  Watching the game and being on Twitter at the same time is a great experience.  If you’re not on Twitter, you should be.  I post during games as much as possible. My Twitter feed is on the right-hand column of your screen.

The Thursday night Cards-Cubs game was on FOX and not FOX Sports Midwest, and the FOX announcers slobbered all over the Cubs just like the ESPN announcers do.  The Cards have the best announcer in baseball in Dan McLaughlin. We really miss Dan when we have to put up with the national announcers who act like the Cardinals don’t exist because they’re not an East or West Coast team or they’re not Chicago.  The exception to this would be the YouTube announcers and that may be because one of the announcers is Jason Marquis, who used to pitch for the Cardinals.  By the way, the Wednesday afternoon Cards-Diamondbacks game is on YouTube, which should make those Cards fans who have Dish Network or Sling happy since FOX Sports Midwest is no longer on those providers.  Danny Mac said yesterday that if the Cards clinch the division on Wednesday that there would be special coverage on FOX Sports Midwest after the game.

The Cards have clinched one of the wild card spots and had a lovely champagne toast, but that’s not enough – the Cards should win the division. The magic number for the Cards to win the division is now 4, which means that any combination of Cards wins/Brewers losses gives the Cards the division title.  The Cubs’ loss yesterday meant that they are eliminated from the playoffs.

The Cards play a three-game series with the Diamondbacks this week.  Paul Goldschmidt returns to Arizona and no doubt, the fans there will give him a standing ovation.  The Cards could clinch the division as soon as Wednesday.  The sooner the better, in my opinion.

As for the title of this post?  You may remember that back in May, I wrote a blog post about the Cards needing a theme song like the Blues had with “Gloria.”  On Saturday night, Jeff Niehaus (@Fly_the_L on Twitter) came up with the song “September” by Earth, Wind, and Fire.  The first line is “Do you remember the 21st night of September?” and Saturday’s date was indeed September 21.  However, I believe I have found an even better song, and it’s “I’m So Excited” by the Pointer Sisters.  I put up a poll on Twitter, but unfortunately, I only got two votes, one for each song, so it was a tie.  In case you haven’t heard the song in a while, here’s the video:

That’s all for now! Thanks for reading and see you next time!