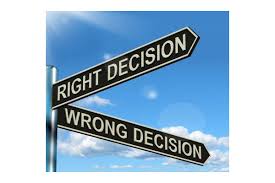 Some decisions are hard.  What do I want to do for a living?  What college should I attend?  Who should I marry?  Should we have kids?  Those are life-changing decisions.

Mike Matheny’s decision as to which Cardinals pitcher will be fifth in the rotation this season, while not as hard as the above-listed decisions, is still a difficult one to make.  There are three pitchers who are equally deserving of the fifth slot, and all three have pitched well in spring training.  Let’s take a look at each pitcher.

Jaime Garcia has been a Cardinal for a few seasons now, although he was on the disabled list last year and the year before. When he was able to pitch in seasons past, during one start, he would be lights out, and in his next start, he would just be goofy. Inconsistency, thy name is Jaime Garcia.  However, Jaime came to camp this year with a gutsy determination to earn the fifth spot in the rotation.  He said he could pitch and so far, he’s proven that he was right. In today’s game, he struck out 7 over 4 innings.  In his last 2 starts, he struck out 12 batters.  He has a 3.86 ERA.

Carlos Martinez pitched for the Cardinals in a variety of roles last season – starter, short relief and long relief.  He desperately wants to be a starting pitcher.  The death of Oscar Martinez, Carlos’ best friend, has given Carlos a determination to pitch well to honor his friend’s memory.  Carlos will just have to look at his uniform number to find the inspiration he needs.  So far this spring, Carlos has a 1-0 record with a .6.75 ERA.  Like Jaime, Carlos has experience pitching at the major league level.

Marco Gonzales is the hot-shot rookie who wants to prove he belongs with the big club.  Last year in the minors, Marco had a 9-5 record with a 2.43 ERA. Gonzalez has a 3-0 record in spring training, with a miniscule .084 ERA..  During Tuesday’s game, Gonzales went 4 innings and threw 41 strikes. He is the only Cardinals pitcher to go 4 innings in a start so far this spring.

I don’t envy Mike the decision he has to make.  However, if it were me, this is what I would do.  I would tell Garcia that the rotation spot is his to lose.  The Cards have too much money tied up in him to release him without giving him a shot at the fifth spot.  However, I would tell him that should he get injured or falter, there are two other pitchers waiting in the wings (pardon the pun) to take the spot.  I would keep Martinez on the roster to use as a reliever and for a spot start if necessary.  I would send Gonzales back down to AAA for one more season.   He would be the first pitcher that I would call up if there were injuries to any pitchers. This is just my opinion, however, and it will probably not coincide with what Mike decides.

Spring training will be over in 2 weeks and regular season baseball  will be back in a little over two weeks! I can’t wait – can you?  That’s all for now – thanks for reading and I’ll see you next time!